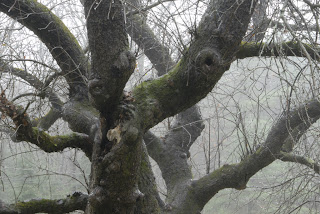 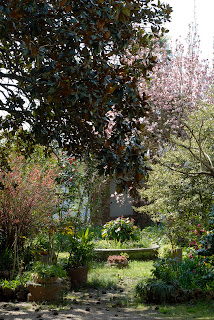 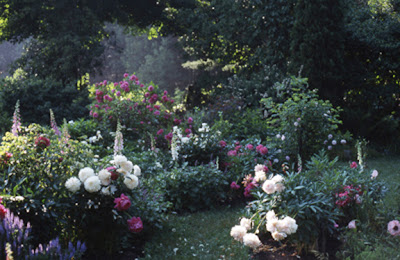 No production is complete without lighting. A perfect opening scene might include a light fog at sunrise, shafts of sun landing on the blooming shrubs, the backdrop of forest reduced to a soft dark-green veil. Hopefully, sunset lights the garden with the finality of a romantic kiss or a cathartic reunion.
Last year you launched a drama.  After a bright and colorful opening (daffodils, forsythias, lilacs), the script took an ominous turn as weather and somber dialogue had the audience wonder if a tragedy was in store.  However the cast turned out in the end with a rousing (and long) finale that left you inspired and exhausted.
This year it’s a mystery piece. It’s early yet.  Walk around the garden and pick up the clues.  Step back inside, check the script and perhaps make some last-minute changes in the cast. Break a stick!
Posted by David Neufeld at 11:11 AM